OPENING OF THE PERMANENT EXHIBITION AT THE RESIDENCE OF PRINCE MILOŠ

On Thursday, June 10, 2021, at 11 a.m., the new Permanent Exhibition in the Residence of Prince Miloš, the annex of the Historical Museum of Serbia, will be opened. After introductory words from Dr. Dušica Bojić, Director of the Historical Museum of Serbia, and Dr. Radomir J. Popović, Scientific Advisor at the Institute of History, the exhibition will be opened by Mr. Dejan Savić, Advisor for Culture to the President of the Republic of Serbia. At the end of the ceremony, interested visitors following the current health protection measures will be admitted from 1 p.m. onwards to the newly opened permanent exhibition.

The exhibition has been realised under the auspices of the Ministry of Culture and Information of the Republic of Serbia. 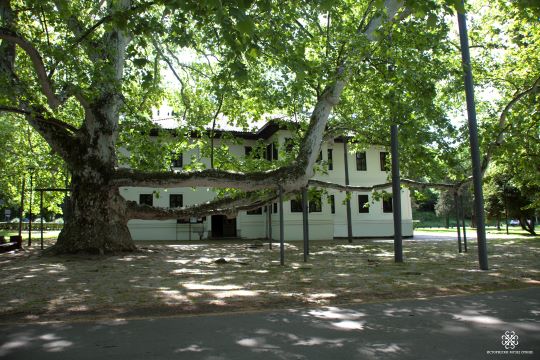 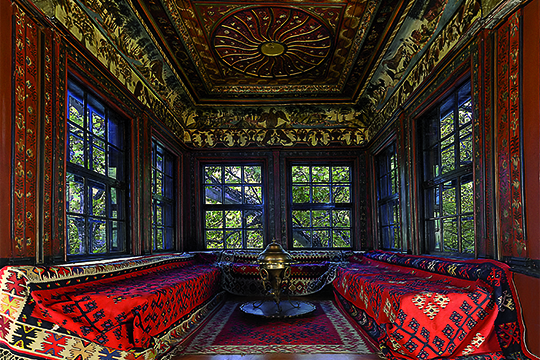 The Permanent Exhibition at the Residence of Prince Miloš in Topčider, which was his official court, seeks to show the struggles for final liberation from centuries-old Ottoman rule, which beginning with the First Serbian Uprising and continuing with the Second, the efforts, trials and adversities of their initiators, Karadjordje Petrovic and Miloš Obrenović, as well as the significance and merits of Miloš’s successors in the Obrenović Dynasty through the second half of the 19th century, when after gaining independence the kingdom was restored and renewed and the modern Serbian state strengthened.

On the ground floor of the Residence, after an introductory description of the position and way of life of Serbs and other non-Muslim populations in the Ottoman Empire, the First Serbian Uprising is presented, as well as the events and international circumstances that preceded it. This part shows the most important battles of Karadjordje’s heroes – the victories at Mišar and Deligrad, the liberation of Belgrade in 1806, the battles of Čegar, Varvarin and Loznica – but also the attitude of the Great Powers towards the Uprising and its collapse.

The upper floor is dedicated to the events of the Second Serbian Uprising and to its leader, Miloš Obrenović, the creator of the modern Serbian state, with his consolidation of power, securing of autonomy and conflicts with the Defenders of the Constitution; as well as to his wife, Princess Ljubica, and his successors – Prince Michael, King Milan and King Alexandar Obrenović, whose assassination in the May Coup of 1903, resulted in the removal of this important dynasty from the historical scene. An oriental salon for conversation and rest, the so-called Divanhana or Turkish porch), and the reconstruction of the original interior of Prince Miloš Obrenović’s room are also located on the upper floor. 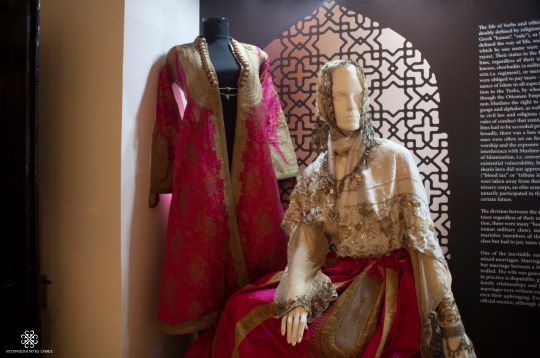 The Permanent Exhibition provides a unique opportunity to appreciate the numerous original objects that belonged to Karadjordje, and to Prince Miloš and his successors, as well as examples of the weapons of outstanding insurgents – Haiduk Veljko, Tanasko Rajić, Pop Luka Lazarević, Janko Katić, Petar Dobrnjac and others. Among them, Karadjordje’s flag and unique examples of his personal weapons and equipment (a yataghan with white bone grip, a flintlock pistol, a powder-box with depictions of St. George and St. Demetrius) and the dolman of Prince Miloš, stand out for their significance and aesthetics. The exhibition is completed by original paintings by such eminent painters as Paja Jovanović, Veljko Stanojević, Djuro Jakšić, Petar Ranosović, and Božidar Prodanović, and portraits of Prince Miloš by Uroš Knežević, Pavel Djurković and Josef Grandauer.

The Residence was built by Prince Miloš at Topčider in 1831, the then outskirts of Belgrade. With its structure, the neoclassical elements of the facades and interior decoration in the style of “Turkish Baroque”, the building belongs to the representative residences which were erected throughout the Ottoman Empire at that time. Typically for rich private residences, the Residence of Prince Miloš presents Topčider Park with its main facade, which, as the first Serbian planned park of the second half of the 19th century, became a favorite resort for Belgraders. In front of the Residence, a protected cultural heritage of exceptional importance, there is the famous London Plane, a monument of nature, which was planted at the time of the Obrenovićes. In terms of beauty and dimensions, the plane tree is one of the most beautiful and largest in Europe and represents one of the most important historical and horticultural monuments in Belgrade.

From 3 July, guided tours by the curator Boris Marković will be held every Saturday from 12 a.m. Because of the limited number of visitors possible at this time, one should schedule the attendance in advance by phone: 064/858-1295.