The basis for the formation of the Collection of Seals of the Historical Museum of Serbia were 36 seals taken over from the Museum of the First Serbian Uprising in 1966. At the present day, the collection includes 381 objects.

The major part of the collection comprises seal matrices (negatives), stamps, a few seal impressions (in wax), and molds for casting. As devices used either to guarantee the secrecy of letters or to authenticate them, they have, quite apart from their historical importance, values not only for art history but also for cultural history.

The oldest seal matrix in the collection is a gold seal of (Archon?) Strojimir from the second half of the 9th century. Of particular importance is the group of seal matrices from the First Serbian Uprising and the period of the reconstruction of the Serbian State in the 19th century, including the seals (metal negatives) of rulers and prominent leaders of Serbian history (Vožd Karadjordje, Prince Miloš Obrenović, Prince Michael Obrenović, Prince Alexander Karadjordjević, Prince and later King Milan Obrenović, the military commanders Luka Lazarević, Stojan Čupić, Mladen Milovanović and Marko Katić, Patriarch Joseph Rajačić, Metropolitan Melentije Pavlović, et al.), as well as of the state institutions both of insurgent Serbia and the Principality of Serbia (magistrates, the Serbian National Assembly, the Lyceum, the Great School, the Ministry of Education, etc.). The Collection also comprises a group of Turkish seal matrices from the 19th and 20th centuries, with inscriptions in the Ottoman Turkish language.

These seal matrices and impressions enable a more detailed comprehension not only of heraldic representations on them, but also of the skills of the craftsmen who made them, and of their provenance. The highly developed administration of European countries, notably of neighbouring Austria, significantly influenced the development of Serbian seal-making.
Metal matrices from the time of the Serbian Revolution were usually made by stamp-cutters – engravers from Voivodina, where the tradition of seals was highly developed among the wealthier citizens, craftsmen, guilds, parishes and church representatives. Some of them were made in Russia. However, as local craftsmen were not so skilled, their seals could be recognized by their modest design and rustic treatment. 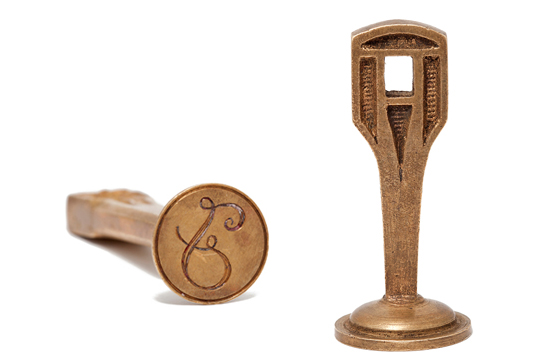 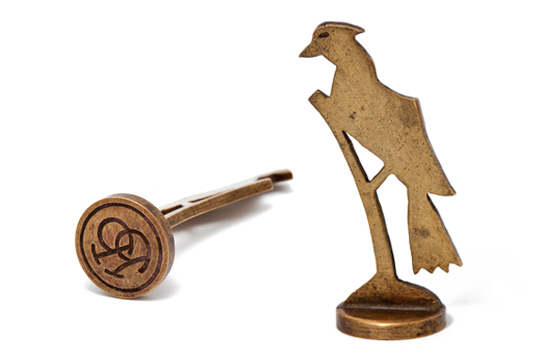 Seals with arms (notably of magistrates) usually depict a coat-of-arm – a cross with four tinder-boxes (ocila), attached on a shield, often used as a central motif. Such seals reveal the influence of mediaeval heraldic rules, according to which only those seals with coat-of-arms on a shield were valid in legal disputes.

Seals were used from the very beginning of the First Serbian Uprising. The more prominent leaders of the Uprising – voivodes, and knezes, as well as state institutions, had their seals, and some of them, such as Karadjordje and Luka Lazarevic, had two or more and used them according to the type of correspondence. Both the insurgents’ leaders and the institutions realized the importance of seals, which established the authenticity of their documents. They also possesses the legal status of a signature; hence their high validity in the circumstances of general illiteracy in Serbia.

West European heraldry, marked more by classicism than the baroque, prevailed with the seals of the insurgents, which make up the most important part of the collection, often bearing symbols from the famous Stematography of Hristofor Žefarović (1741). Their heraldry and aesthetic appearance reveal the ambitions of Serbian rulers and the institutions they established on the model of highly developed European countries, while at the same time trying to preserve their national characteristics.